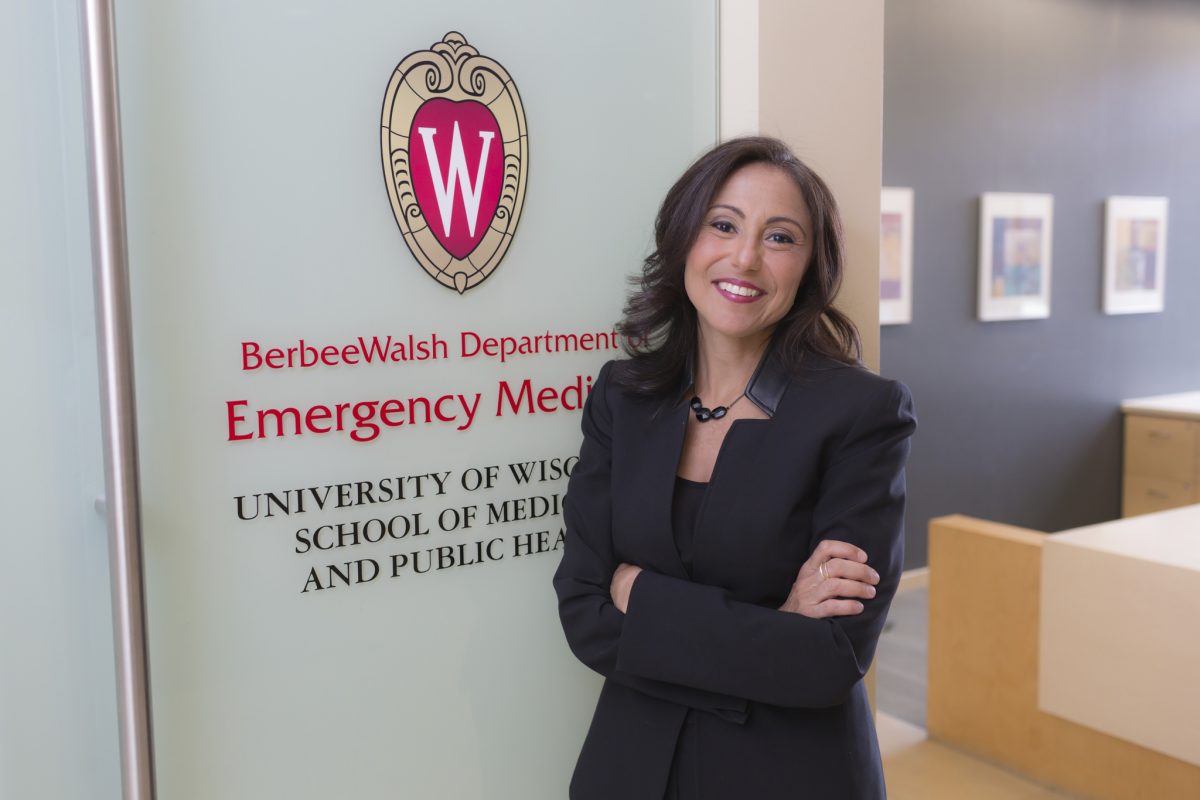 The great Jackie Robinson once said, “A life is not important except in the impact it has on other lives.”

Today, we’re celebrating a life whose impact ripples far and wide, ever-changing the currents that emanate outward many times over, shaping an infinity of faint impressions far too immeasurable for any one person to perceive.

After 15 years at the helm of emergency medicine here at the University of Wisconsin, Dr. Azita Hamedani is stepping away from her tenure as the founding Chair of the BerbeeWalsh Department of Emergency Medicine.

“I am deeply grateful for Dr. Hamedani’s outstanding leadership as the department’s inaugural chair,” said Robert N. Golden, MD, dean of the UW School of Medicine and Public Health.

Dr. Hamedani has served as the endowed Chair of the BerbeeWalsh Department of Emergency Medicine since 2014, and as Division Chair before that since 2009. She has overseen the significant growth of all three missions of the academic department, including doubling clinical volume, doubling the clinical footprint of our emergency departments, establishing and significantly expanding our graduate medical education training programs, recruiting exceptional physician leaders from all corners of the country, and growing a successful research enterprise that now rivals the most competitive U.S. academic departments of emergency medicine in terms of federal funding. Dr. Hamedani also spearheaded the establishment of a $10 million endowment for the academic goals of the department.

With residency and fellowship alumni practicing in nearly 30 states and in Europe—and with clinical, teaching and research partnerships across the globe—Dr. Hamedani’s influence extends far beyond Madison. Her distinguished service and leadership have also been recognized through numerous career awards, including the Outstanding ED Medical Director of the Year Award, Service to Profession Award, and most recently, the Wisconsin American College of Emergency Physician’s Distinguished Service Award.

Prior to returning to her home state and joining the University of Wisconsin, Dr. Hamedani was a faculty at the Harvard Medical School and completed a hospital administrative fellowship at Massachusetts General Hospital. She completed her residency/chief residency in the Harvard Affiliated Emergency Medicine Residency program at Brigham & Women’s Hospital and Massachusetts General Hospital, and she is a graduate of Yale University’s respective Schools of Medicine and Public Health and the Kellogg School of Management at Northwestern University.

Dr. Hamedani will remain a faculty of the Department of Emergency Medicine and continue to support the department’s academic mission. Dr. Manish Shah assumed the role of Department Chair effective September 1, 2022.