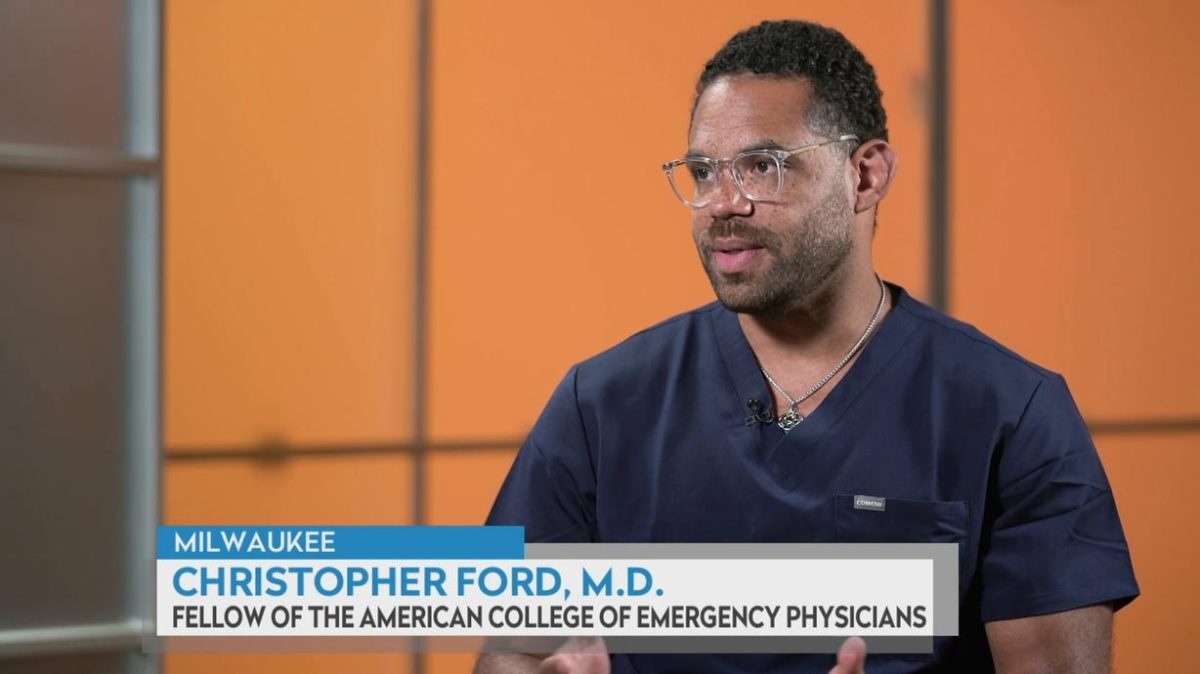 Dr. Christopher Ford spoke to PBS Wisconsin last week about efforts by Wisconsin physicians preparing to treat more pregnant patients with critical health issues given less access to medically safe abortions. The June decision by the U.S. Supreme Court on Dobbs v Jackson Women’s Health, in which the court held that the Constitution of the United States does not confer a right to abortion, has significant implications for the patients and populations served by emergency departments across the state of Wisconsin.

In the interview, Ford discusses how the decision to limit access to legal abortion is impacting emergency physicians and their capacity to provide timely, equitable, evidence-based health care to patients.

Dr. Christopher Ford is a former resident and chief resident of the emergency medicine residency program at the University of Wisconsin Hospitals and Clinics. After graduating from the program in 2017, Ford completed a fellowship in pediatric emergency medicine with HealthPartners Children’s Minnesota. He currently practices emergency medicine in the Milwaukee metropolitan area and serves as an Emergency Medicine Physician-Advisory Committee Member with the Wisconsin Emergency Medical Services for Children and is the former Chair Commissioner for The People’s Maps Commission for the state of Wisconsin.

The BerbeeWalsh Department of Emergency Medicine supports official statements by the UW School of Medicine and Public Health and UW Health in response to the U.S. Supreme Court’s decision to overturn the precedent set by Roe v Wade almost 50 years ago.