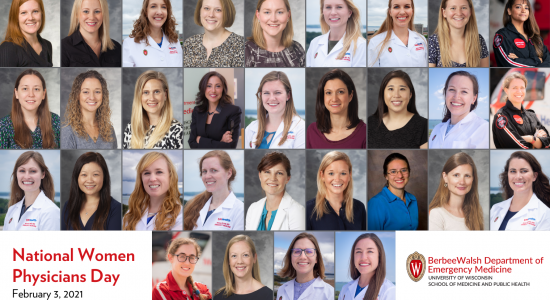 February 3rd is the fourth National Women Physicians Day and 200th birthday of Elizabeth Blackwell, a pioneer of medical and feminist history who became the first woman to earn an M.D. degree from an American medical school in 1849 (and one of the first in the world). Up to 29 colleges rejected her application for admission because she was a woman. She was finally admitted when her application was put to a vote among the all-male student body at a small New York college, who took the request as a joke and voted to admit her.

Blackwell graduated first in her class.

Dr. Blackwell worked in New York, London, and Paris and helped organize training for nurses for Union war effort during the Civil War. Along with her younger sister, Emily (a notable physician in her own right), she also opened a women’s medical school and hospital in New York City (run by women for women!), became a professor of gynecology at the London School of Medicine for Women (which she helped found) and wrote extensively.

Undaunted by the status quo, generations of extraordinary women trailblazers followed suit, including such titans as:

A pioneer of medical and feminist history, Blackwell faced “a blank wall of social and professional antagonism” throughout her career. National Women Physicians Day recognizes not only the strides that have been made by generations of women doctors but brings to light discrimination and inequity women in medicine still face today.

Two centuries after Dr. Blackwell’s graduation from medical school, there are nearly 370,000 women physicians in the United States and over 6,000 in Wisconsin, practicing in all fields of medicine – approximately a third of all physicians practicing in the country today.

As founding signatories of TIME’S UP Healthcare, the University of Wisconsin School of Medicine and Public Health and UW Health pledge to provide their employees and trainees a safe, dignified, and equitable workplace.

National Women Physicians Day recognizes not only the strides that have been made by generations of women doctors but also the discrimination and inequity women in medicine still face today. We are honored to support each and every one of the women providers at the BerbeeWalsh Department of Emergency Medicine, who inspire us daily through their ambition, compassion, and dedication.