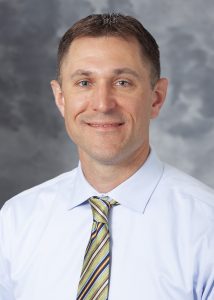 A native of northwestern Illinois, Dr. Newberry was a firefighter/paramedic for the Freeport and Rockford, Ill. fire departments as well as a critical care flight paramedic for OSF LifeLine Helicopter prior to attending the Chicago College of Osteopathic Medicine as a commissioned officer in the U.S. Army. He is a graduate of the San Antonio Uniformed Services Health Education Consortium emergency medicine residency program at Brooke Army Medical Center, where he completed subsequent fellowships in EMS and Disaster Medicine. Dr. Newberry was also the first American to complete both the flight physician secondment (fellowship) with the world-renown London’s Air Ambulance (London, England) and the United Kingdom’s Medical Emergency Response Team (U.K. MERT) selection course. A combat veteran, Dr. Newberry completed several deployments with U.S. Army Forward Resuscitation and Surgical Teams, as well as a tour with the British Army.

Dr. Newberry holds board certifications in both emergency medicine and EMS and has experience working in both community settings and academic medical centers. He maintained a strong interest in prehospital medicine throughout his military career, serving as the program director of the Military EMS and Disaster Fellowship in San Antonio, TX, as well as an associate medical director for the UT Health Emergency Health Sciences Office of the Medical Director and the San Antonio Fire Department from 2016-2022.