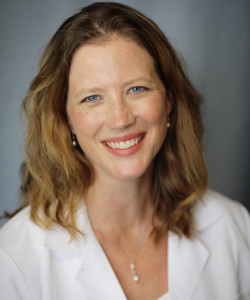 Stacey Poznanski, DO, MEd is an associate professor and clerkship director in the Department of Emergency Medicine at Wright State University Boonshoft School of Medicine in Dayton, OH. Dr. Poznanski has been extensively involved in undergraduate and postgraduate medical education, introducing modern educational philosophies and techniques into the curriculum. From 2014-2017 she served as Chair of the Biennium II sub-committee, co-chair or the Advanced Doctoring Phase committee, and has been a member of the Wright Curriculum Steering committee since its inception. On a national level, Dr. Poznanski has been actively involved, having served on the executive boards of two academies of the Society for Academic EM: Clerkship Directors in Emergency Medicine (CDEM) and the Academy for Academic Women in EM (AWAEM). Her work through CDEM has included Member-At-Large board position as well as a position on the editorial board for the national EM Clerkship Curriculum. In addition to her work in education, she is dedicated to the missions of AWAEM and to the academic success of women in EM. She was on the AWAEM Board from 2010-2017, received the AWAEM Momentum Award in 2013, and served as President of AWAEM in 2015-16.

Dr. Poznanski completed a residency in emergency medicine at the University of Wisconsin and an academic fellowship at Wright State University. Most recently, through the Department of Education at Wright State, she earned a Masters of Educational Technology in Health Professions, receiving the Graduate Student Excellence award.